Our executive team and our Board of Directors work together to benefit our customers. Below is a glance at each member of our leadership team. 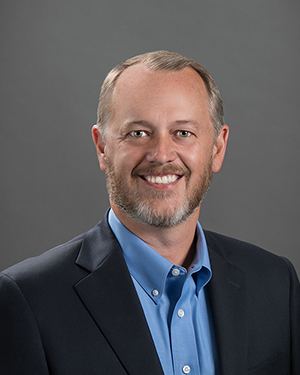 Ryan Shell
President
Ryan is the President of New Mexico Gas Company and a member of the Company's Board of Directors. He joined NMGC in 2009, serving as Vice President of Finance, treasurer and controller. Before that, Ryan worked in various leadership roles at SEMCO Energy, a natural gas utility with operations in Michigan and Alaska, and he was a Certified Public Accountant at BDO Seidman, a national accounting and consulting firm. Ryan holds an MBA from the University of New Mexico and a bachelor's degree in accounting from Oakland University in Michigan. He serves on the boards of several non-profit organizations and business associations. 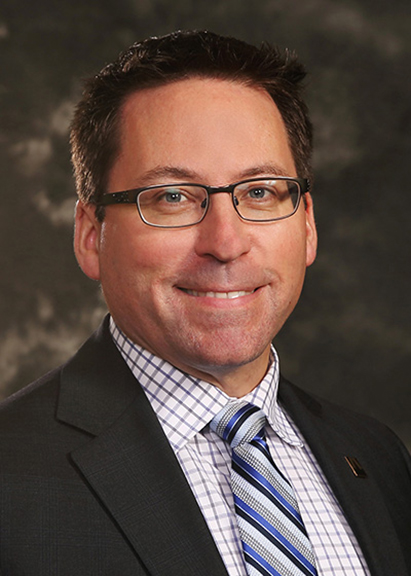 Rene is a senior executive leader who oversees Customer Service, Engineering and Operations. He joined New Mexico Gas Company in January 2021 after serving as Vice President of Strategy and Business Development at Tampa Electric, where he directed procurement, facility services, administrative services and corporate security and led the development of Tampa Electric's strategic plan. Before that, Rene was Executive Vice President of Business and Regulatory Affairs at Emera Newfoundland & Labrador. He joined Emera in 2005 as a regulatory attorney with Nova Scotia Power and later served as Vice President of Regulatory Affairs. He graduated from Mount Allision University and Dalhousie Law School, and he has served as national president of the Canadian Partnership Against Cancer and as a fundraising leader for the United Way in the energy industry. He also was president of the Nova Scotia Barristers' Society, a board member of the Federation of Law Societies of Canada and a trustee of the Straz Center for the Performing Arts in Tampa. 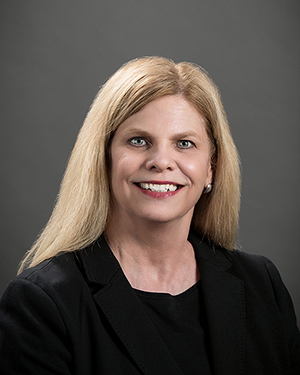 Denise Wilcox
Vice President - Human Resources and Corporate Security
Denise is responsible for leading Human Resources, Corporate Security and Customer Relationship Management (CRM) Strategic Solutions. Before joining New Mexico Gas Company in February 2009, Denise built a distinguished career with the City of Albuquerque, serving in a variety of leadership positions in municipal development, environmental health, labor relations, risk management and customer services. Denise holds a Master’s degree in Public Administration and a B.A., both from the University of New Mexico. She is certified as a Senior Professional in Human Resources (SPHR) and holds the SHRM-SCP designation through the Society for Human Resources Management.  Denise serves on the Board of Directors of the Anderson School of Management Foundation and the Domestic Violence Resource Center. 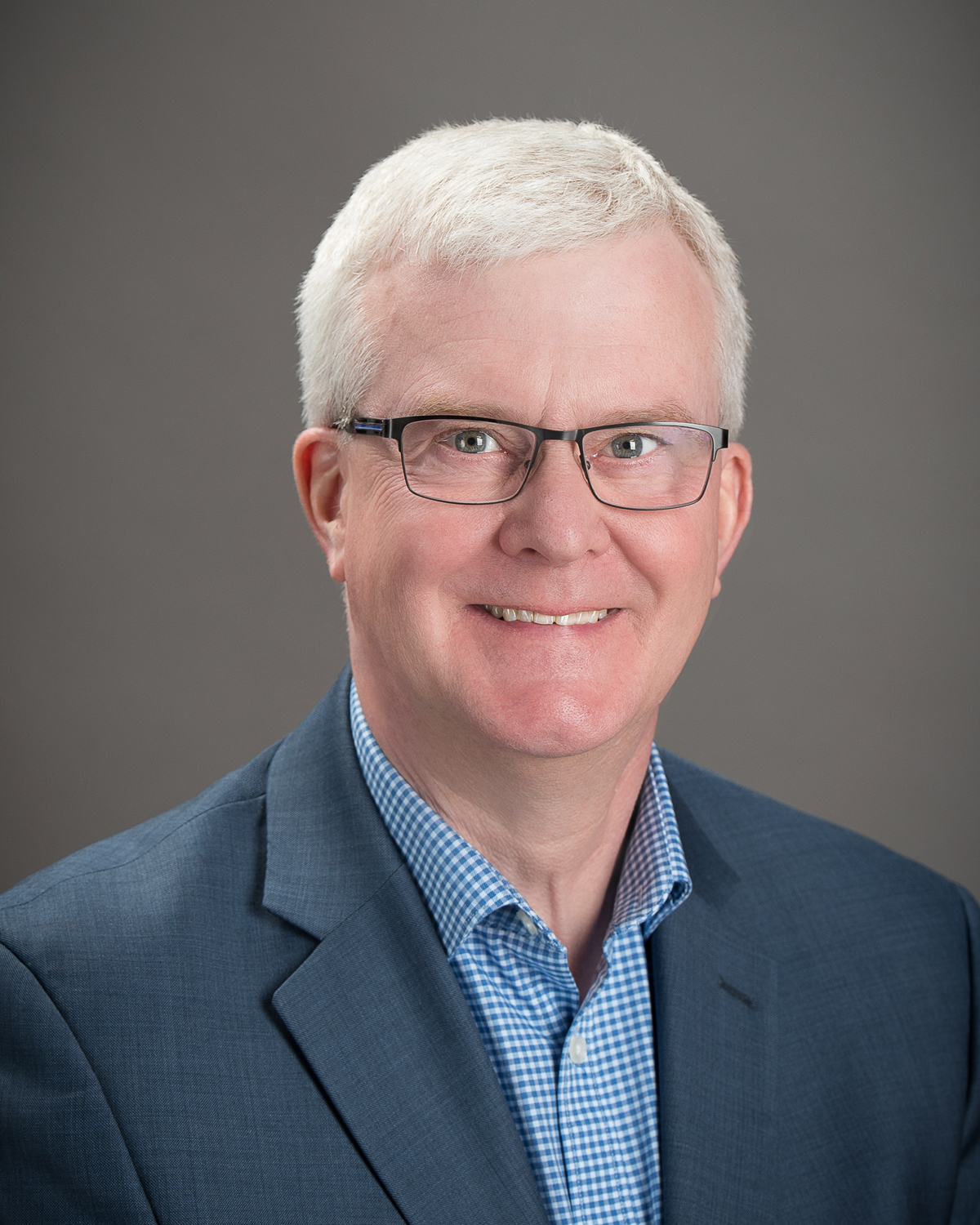 Gerald Weseen
Vice President – Strategy and Business Development
Gerald is responsible for corporate strategy as well as large-scale business development initiatives, including those in New Mexico’s oil and gas basins and projects that help New Mexico Gas Company and its customers make efficient use of natural gas and reduce overall greenhouse gas emissions. Before joining New Mexico Gas Company early in 2020, Gerald was Vice President of Special Projects for Emera Inc. He spent almost 13 years in leadership roles with Emera and its largest Canadian operating affiliate, Nova Scotia Power. From 2014 to 2018, he was based in Boston as the U.S. lead for Emera on development, government affairs and stakeholder engagement related to a proposed 375-mile subsea transmission line to deliver clean energy from Atlantic Canada to New England. 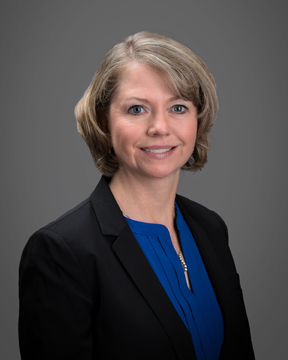 Jimmie Blotter
Vice President – Finance
Jimmie is the Vice President of Finance, joining NMGC in 2019.  She has responsibility for accounting, financial reporting, treasury, tax, regulatory reporting, budget and forecasting.  She has over 20 years of experience in various financial roles, including more than 10 years of experience in regulated utilities.  She is a Certified Public Accountant and a member of the American Institute of Certified Public Accountants. Before joining NMGC, Jimmie spent 10 years at PNM Resources. While there, she held roles ranging from the Senior Manager over General Accounting to Assistant Treasurer and Investor Relations Director. Jimmie also has experience in the aerospace industry serving as the Controller, External Reporting for Eclipse Aviation in Albuquerque. Jimmie holds a Bachelor of Business Administration degree with emphasis in Accounting from Idaho State University. 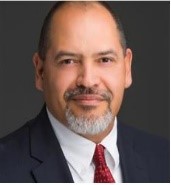 Ray Sanchez
Vice President – Operations
Ray has worked at NMGC since 1996, holding supervisory and managerial positions in Metro gas services, data analytics, compressed natural gas, customer service and regional operations. Before that, he held positions at Tenneco and with the New Mexico Army National Guard. Ray earned a Bachelor of Business Administration in Finance, a Bachelor of Business Administration in Real Estate and an MBA, all from New Mexico State University. He is President of the Board of Directors at ReadWest, which provides literacy tutoring for adults in Sandoval and Bernalillo counties, and serves on the boards of Southwest Federal Credit Union and the Pueblo of Laguna Utility Authority. 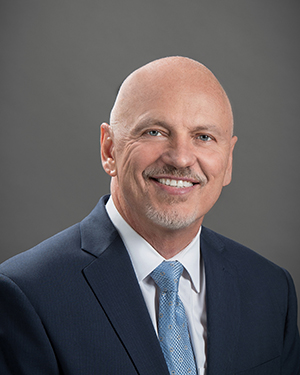 Tom Bullard
Vice President – Engineering, Gas Management and Technical Services
Tom oversees Engineering, Gas Control and Compression, Gas Supply and Technical Services. A Registered Professional Engineer, he has worked in the natural gas utility industry since 1993, serving at utilities in Las Cruces and Albuquerque. Tom joined NMGC's predecessor company in 2000 and has overseen groups that provided technical and engineering support as well as transmission system engineering and design, project management and pipeline integrity management. He developed the first pipeline integrity management plan used by NMGC to ensure that pipelines are regularly inspected and maintained to the highest safety and reliability standards. During his term as Director of Engineering, his responsibilities expanded to include oversight of NMGC's safety and compliance programs. He is a member of the American Society of Mechanical Engineers and the National Association of Corrosion Engineers. He serves on the Board of Directors at Greater Albuquerque Habitat for Humanity.

Tom Domme
Vice President – External Affairs and General Counsel
Tom supervises all legal, regulatory, governmental, Native American and community affairs. A native of Albuquerque, he holds a BBA in finance from the University of New Mexico and a Juris Doctorate from Georgetown University. Before joining NMGC in 2009, Tom was a partner with Keleher & McLeod P.A. Earlier, he was a partner at Miller Stratvert P.A. and an associate at Rothgerber, Appel, Powers & Johnson in Denver. Tom serves on the board of the Albuquerque Hispano Chamber of Commerce and the New Mexico Philharmonic. 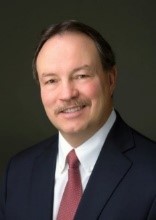 Deborah Peacock
Chief Executive Officer at Peacock Myers, P.C., a law firm specializing in intellectual property. A New Mexico resident for 30 years, she is a registered Professional Engineer and earned her JD from Harvard Law School. She is on the board of THEMAC Resources Group/New Mexico Copper Corp. She serves on the New Mexico Institute of Mining & Technology Board of Regents and New Mexico Mining Safety Board and is past chairman of the New Mexico Environmental Improvement Board. Other current involvement includes New Mexico Amigos, New Mexico Angels, Albuquerque Economic Development, several New Mexico business incubators and the Georgia O’Keeffe Museum in Santa Fe.

Del Archuleta
President and Owner of Molzen-Corbin Associates of Albuquerque, a full-service consulting engineering and architecture firm. He is chairman of New Mexico Mutual and serves on the New Mexico State Board of Finance and the boards of Bank of Albuquerque and New Mexico First (a public policy organization that engages New Mexicans on critical issues such as water, education, healthcare, the economy and energy). A native of Clayton, N.M., Del previously served on the board of Public Service Company of New Mexico and has held leadership positions at the Greater Albuquerque Chamber of Commerce, United Way of Central New Mexico and Presbyterian Healthcare Services.

Jack McGowan
President of The McGowan Group, energy efficiency technology consultants. A New Mexico resident since 1975, he is a former director of the state’s Energy Conservation and Management division and held leadership positions with Energy Control Inc., Honeywell, Johnson Controls and Hydroscope Inc. His community involvement has included the Sustainable Santa Fe Commission, Celebrate Youth and the Ronald McDonald House. He is Chairman Emeritus of the U.S. Department of Energy Gridwise Architecture Council.

Jackie Baca
President of El Encanto, Inc., dba Bueno Foods in Albuquerque. She is a current member of the Federal Reserve Board of Kansas City Economic Advisory Council and the board of Think New Mexico. She was a founding board member of New Mexico Community Capital, ACCION NM and New Mexico Ethics Alliance. Her long list of other community involvement includes the Albuquerque Hispano Chamber of Commerce and Leadership New Mexico. She is a native of Albuquerque.

Marie Longserre
President and Chief Executive Officer of the Santa Fe Business Incubator since its inception in 1997.  A New Mexico resident for 35 years, she represents New Mexico on the Federal Reserve Bank of Kansas City Community Development Advisory Council and she formerly served as Board Chair of the International Business Innovation Association.  Other involvement includes New Mexico Angels, Santa Fe Chamber of Commerce, the Rocky Mountain Business Incubation Collaborative and the New Mexico Business Incubation Group.

Michael Canfield
President and Chief Executive Officer of the Indian Pueblo Cultural Center and Indian Pueblos Marketing, which are on tribal land in Albuquerque. A member of Laguna Pueblo, Mike serves on many community and business boards including the United Way of Central New Mexico, Albuquerque Economic Development, New Mexico Mutual, Economic Forum and the Greater Albuquerque Chamber of Commerce. He also serves on the City of Albuquerque’s Commission of Indian Affairs.